Last week, I was reading through Warren Buffett's most recent letter to Berkshire Hathaway shareholders. Every year, he writes a letter that he makes publicly available on the Berkshire Hathaway website. In the letters he talks about the performance of Berkshire Hathaway and their portfolio of businesses and investments. But he also talks about his views on business, the market, and investing more generally, and it's after this wisdom that many investors, including me, read what he has to say.

In many ways Warren Buffett's letters are atypical. When most companies report their financial performance, they fill their reports with dense, technical language designed to obscure and confuse. Mr. Buffett does not follow this approach. His letters are written in easily understandable language, beacuse he wants them to be accessible to everybody. Warren Buffett is not often swayed by what others are doing. He goes his own way, and that has been a source of incredible strength. In annually compounded returns, Berkshire stock has gained 20.8% since 1965, while the S&P 500 as a whole has gained only 9.7% over the same period. To highlight how truly astounding this performance is, one dollar invested in the S&P in 1965 would have grown to $112.34 by the end of 2016, while the same dollar invested in Berkshire stock would have grown to the massive sum of $15,325.46!

I've been reading the annual Berkshire letters when they come out for the last few years. One day I'll sit down and read through all of them, but I haven't gotten around to it yet. But while I was reading through his most recent letter last week, I got to thinking. I wondered whether there are any trends in his letters over time, or how strongly his writings are influenced by external market factors. I decided I could probably answer some of these questions through a high-level analysis of the text in his letters, which brings me to the subject of this blog post. 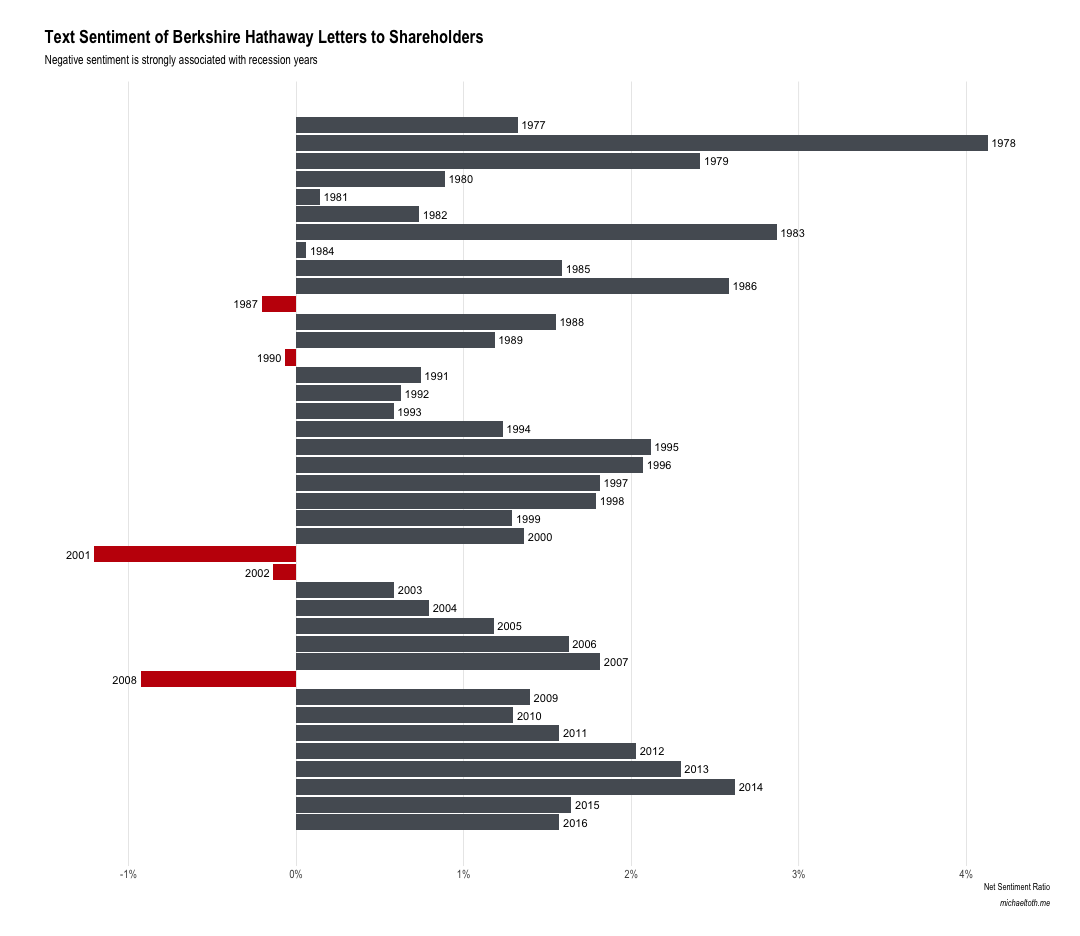 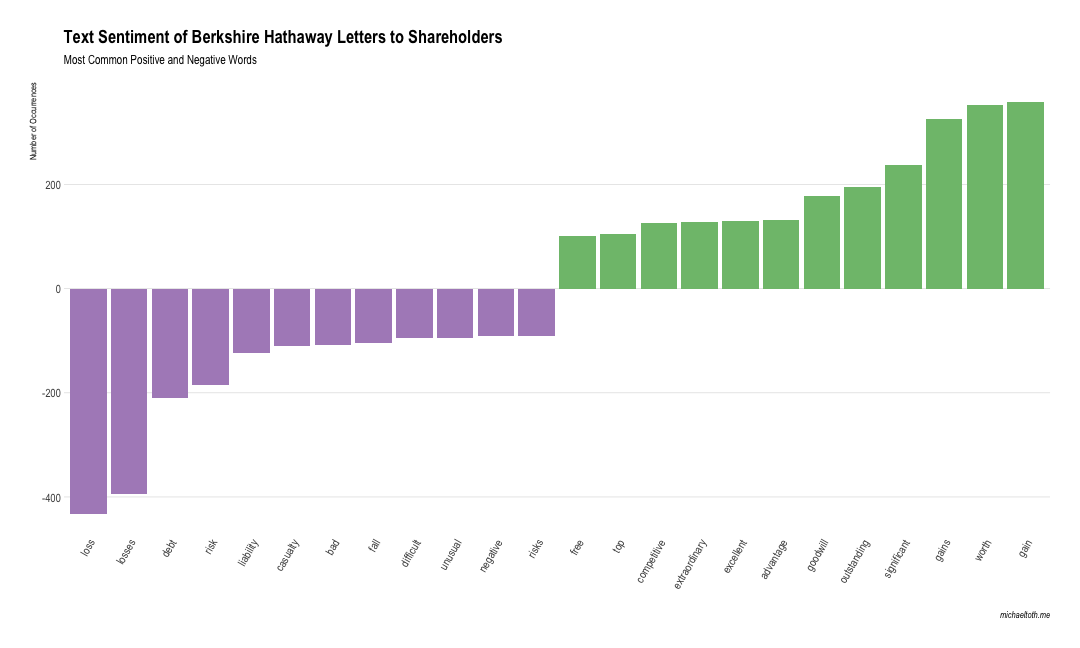 The results here are interesting. Many of the most common words--'gain', 'gains', 'loss', 'losses', 'worth', 'liability', and 'debt'--are what we'd expect given the financial nature of these documents. I find the adjectives that make their way into this set particularly interesting, as they give insight into the way Warren Buffett thinks. On the positive side we have 'significant', 'outstanding', 'excellent', 'extraordinary', and 'competitive'. On the negative side there are 'negative', 'unusual', 'difficult', and 'bad'. One interesting inclusion that shows some of the limitations of sentiment analysis is 'casualty', where Mr. Buffett is not referring to death, but to the basket of property and casualty insurance companies that make up a significant portion of his business holdings. 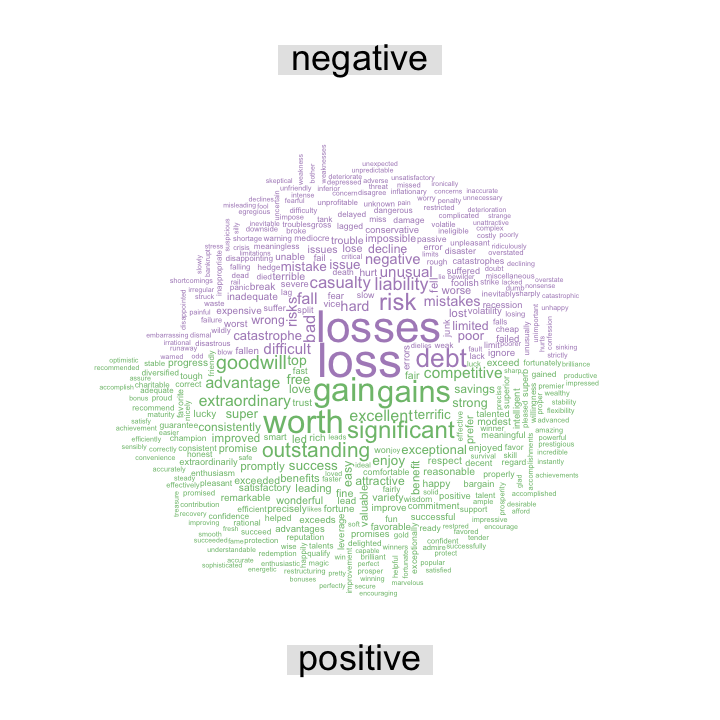 If you're interested in reproducing this blog post or analysis, please check out the R code I used to produce this document